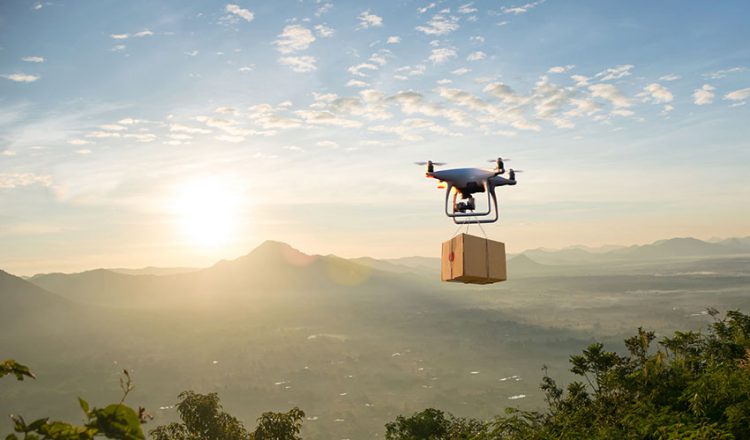 Just a few years back, the talk of drones was enough to send chills down people’s spine. In today’s digitally savvy world, drones are used for far more positive activities than war. Capturing live event and taking aerial shots are common applications of drones that come to mind. Little wonder the USPS is researching drone delivery options to optimize its delivery operations.

On September 23, the United States Postal Service – an independent agency of the US – disclosed that it is exploring the possibilities of introducing drones as part of its mail delivery fleet, and wants opinions of drone operators.

According to officials of the USPS, the mail-delivery giant recognizes how immensely beneficial Unmanned Aircraft Systems (UAS) could be to the country by supplementing its structures and enhancing the collection of information. “The Postal Service recognizes the potential benefits that UAS can provide to our operations and customers and that the program can accelerate the adoption and safety of UAS operations in the United States,” the agency stated.

Currently, the USPS has no vendors providing drone-related facilities for it. The organization noted that this initiative would be a pioneering action if implemented. According to USPS, there are also no plans to contract out drone services any time soon, but that it is merely conducting market research on future operations and to quicken the adoption of drone services. The USPS also noted that it could partner with contractors to test the reliability and safety of drones to transport mails.

With Amazon, Google, FedEx, and UPS making considerable advancement in their drone capabilities, the initiative could be USPS’ way of ensuring that they are not too far behind.

Among the USPS’ plan is to use UAS to complement services such as “long driveway delivery”. In the new initiative, drones will be launched from vehicles to deliver mails and return unaided with the vehicles remaining on their routes.

Drones could also be deployed to service remote locations, semi-improved roads, rough terrains that vehicles find difficult to access for up to eight hours a day. Eventually, it plans to fly drones over busy city streets to cut time lost in traffic and ensure quicker delivery. Another model the agency is looking to adopt is the “Ride-Sharing Mode”. The ride-sharing model enables other businesses to use the USPS drones to deliver packages to their customers.

These activities would be under the control of the Federal Aviation Administration, which recently gave UPS the go-ahead to launch an inaugural drone airline system to deliver supplies to medical facilities across the country.

Interested in sending your proposal to USPS? Do that before November 4 to maryellen.mcgowan@usps.gov.

Do Not Sell My Personal Information

This page requests your permission to send push notifications